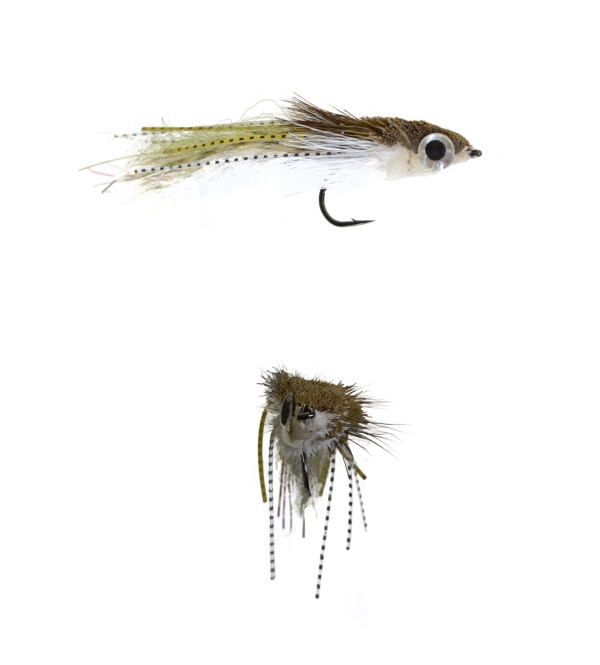 Designing flies with inherent motion, whether it’s side to side or a walk the dog type swimming action, is where my passion for fly design lies. Experimenting with new concepts and ideas usually takes many prototypes to get it right, sometimes taking years to perfect a finished pattern.

The Sidekick is one of those patterns, evolving from an old idea I had when I lived in Perth, Western Australia. I was targeting flathead on the Swan River in the early nineties. The concept was based on a airplane wing (Bernoulli’s law). The original Sidekick was tied on a long shank hook, using a new material of the day called “Neer Hair”. As the name suggests it was a synthetic deer hair. You could spin clumps of the material on the hook shank, then trim to shape. I had some degree of success as far as movement, but overall, was unhappy with the action. It came off looking a little mechanical, so I lost interest in the concept.

The Sidekick story restarted after looking at some old photos. One of the photos was the pink Sidekick fly I tested all those years ago. At the time, I was playing around with Articulated Shanks for muskie. This set off the old lightbulb in my head - one idea led to the next, and after a few prototypes, I had a successful muskie fly. I named it the “Tandem Sidekick”. Using the same concept as the muskie fly I redesigned the Sidekick.

This time around I used real deer hair. Just the head of the fly was shaped like half a bullet. This shape creates an imbalance, so that one side has more drag than the other. As with any fly we pull through the water, it will always seek the path of least resistance. In the case of the Sidekick, the water pressure will try to flip the fly so the flat side is face down in the water. By controlling this reaction and using a long tail, we can turn it into a one-way swimming type motion.

You as the fly fisher/puppeteer will have a lot of fun with this topwater fly. It's kind of a slider with a kick function. One tip I will give you that will greatly improve the popping action is to use a floatant, like Gink, on the head of the Sidekick.

If you would like to see this fly in action, please feel free to watch my YOUTUBE Channel “Graham Coombes Flyfishing”.